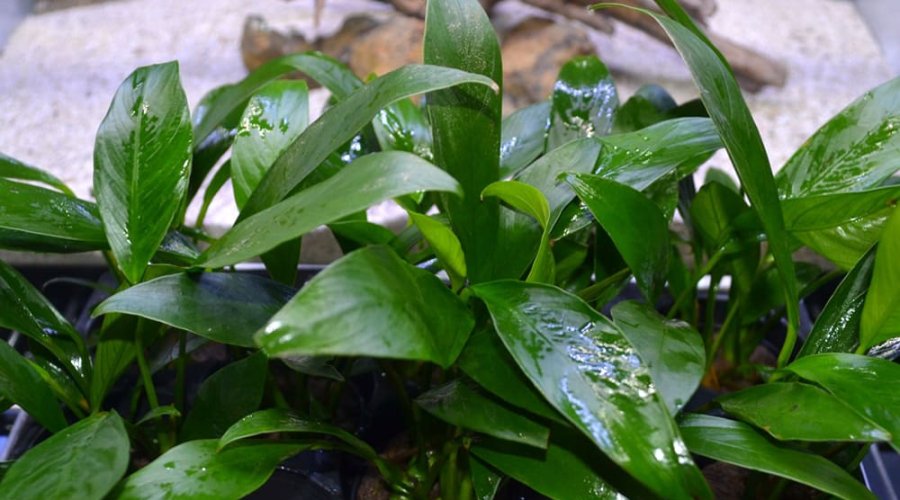 The Anubias congensis is a tropical plant, originally found in West Africa. It is most commonly located along rivers, streams and bogs. Traditionally, this plant has been rarely used by hobbyist in their aquariums in the past, mainly associated with its instability of growth due to warfare. The hardy plant is very easy to take care of. That makes it a very popular plant of beginners and those who want an aquarium with little maintenance requirements, The plant can be rooted in the substrate, or attached to hard surfaces such as rocks and driftwood, where the roots will take hold later. They are able to adapt to various ecosystems and living conditions- actually thriving best in low to medium lighting environments. The only true requirement is the iron-rich substrate it requires, as that mimics the natural habitat in which the plant naturally thrives in.