Dedicated Piece: Who is Takashi Amano 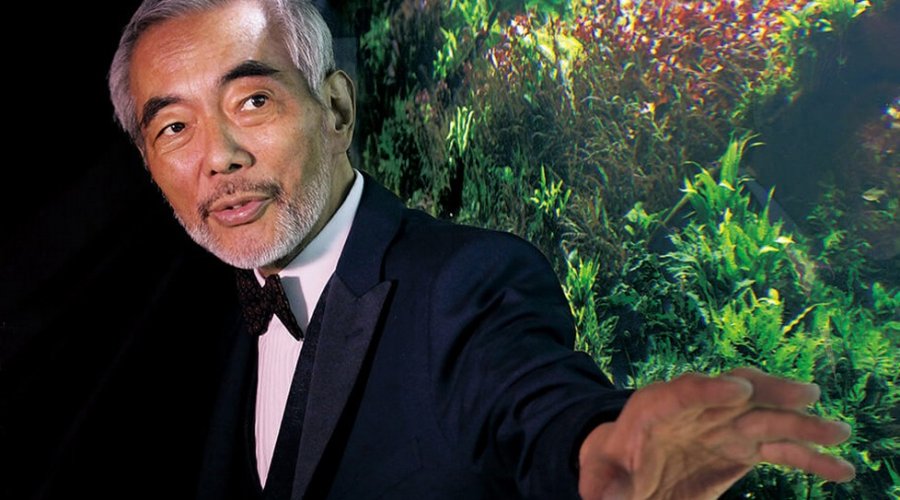 Who is Takashi Amano?

Takashi Amano. A name that may not seem familiar to the common man. But, to those that dabble in aquascaping, it is a very familiar name, one that holds plenty of weight within the community. A multi-talented man who had a kind and open heart, he pioneered many techniques that are used in today’s aquascaping world. With his passing just a little over a year ago, we take a look back at the rich legacy that he has left us in more ways than one.

Born in Niigata-Shi, Niigata, Japan in 1954, Takashi grew up with a strong interest in plants and aquatic life. During his school years, it was noted that he actively studied aquatic plants and animals, most notably the Macropodus Chinensis, which is also known as the Chinese Paradise Fish. In the year 1971, he started to attempt his first aquarium aquascape, as well as photographing the tank itself.

He had plenty of hobbies, many of which were quite lucrative for his future. He is most noted as a father figure of the aquascaping hobby and business, but his career job was a professional cyclist. He began professionally cycling in 1974, which helped him in sustaining his hobby and joy, which was creating aquascapes and photography. His cycling career ended in 1990, but it was enough to continue his joy of aquascaping and photography.

Takashi’s first big discovery came in 1977 when attempting to figure out the difference between why old tanks fair better than newer tanks in terms of plant growth. While attempting to learn more about how to help plants thrive, he came across an experiment that would soon lead to the discovery of Carbon Dioxide injections. While he was attempting to learn a bit more about why younger tanks didn’t do as well as older tanks, he ended up at a bar with a friend. At this bar, he noticed that, in the carbonated drinks, that there were little bubbles forming. He had been experimenting with different types of styles to get more carbon dioxide to the plants, including dry ice, but had never seen or thought of using carbonated water. But, seeing that bubbles would appear inside of the water gave him a new thought about if it would work for a tank as well. Intrigued, he bought a few bottles of carbonated water and went home to experiment on his own tank. To his surprise and delight, the bubbles also formed on the plant leaves inside of his tank. Due to this unorthodox and new age style of thinking, Takashi brought in forward thinking into aquascaping and started to revolutionize the aquascaping business.

As his dive into Aquaria and aquascaping continued, he became more interested in innovating areas of the aquascaping components. One of his discoveries started around the 1980s, as he was looking into ways that could help make cleaning tanks a bit easier. He stumbled upon the shrimp and learned that some shrimp tend to eat large quantities of algae, which any tank owner can agree that algae are a primary pain when cleaning. As such, he began to experiment with different species of shrimp fervently. He soon learned that the freshwater shrimp known as Caridina multidentata could eat the largest amount of algae, and wanted to import a large quantity of said shrimp. This number rose to in the thousands, and the distributor actually had some issues with the large order, which resulted in a bit of a back and forth. Eventually, Takashi’s “Adamant Nature,” won out. But, it wasn’t until many years later that the shrimp was actually noticed by others and identified. The shrimp was then renamed to the Amano Shrimp, in honor of Takashi Amano for discovering their usefulness to planted tanks. To this day, the shrimp is still a primary component of many tanks, helping to clean out many tanks without the use of expensive filters.

After his time as a cyclist, and as he dove further into the Aquarist world, Takashi ended up starting up and cementing his own company known as Aqua Design Amano, or ADA for short. The ADA was created to help others in the same line of interests distribute and create better products for use within the aquascapes and tanks. By selling and innovating different components, ADA became a staple within the aquascaping world as a distributor and product seller, as well as a unified place to find news and updates on different aquascape styles and possible new styles that are emerging. Although it was founded back in 1982, it is still going strong and has many stores in the eastern area, as well as an online store to help sell quality parts to aquascape enthusiasts everywhere.

Takashi Amano’s crowning achievement, though, is his creation and implementation of the unique style of aquascaping known as the Iwagumi style of aquascaping. Takashi attempted to fuse together different aspects of gardening from the Japanese styles. These included taking aspects from both Suiseki and Bonseki. Utilizing both of these created, at the time, a brand-new style which focused more on rock formations and placements than on the actual aquatic life of the aquascape. The style, which seemed extremely abstract, caught traction extremely quickly and has since grown to have an immense fanbase of the style.

Towards the later years, Takashi published multiple different books and series in regard to Aquascape creation. His most well-known series is the Nature Aquarium World, published in 1994. The Nature Aquarium World is a three-book series which covered everything from Aquascaping to what plants and fish should be paired together. He also helped to establish many aquascape competitions around the world, which are all still active to this day.

Takashi Amano will always be known as a great man and a great innovator. Thinking outside the box, and bringing new and interesting ideas to the table helped to open up more styles and ideas within the aquascaping world, and he will always be remembered as a fantastic man and artist.