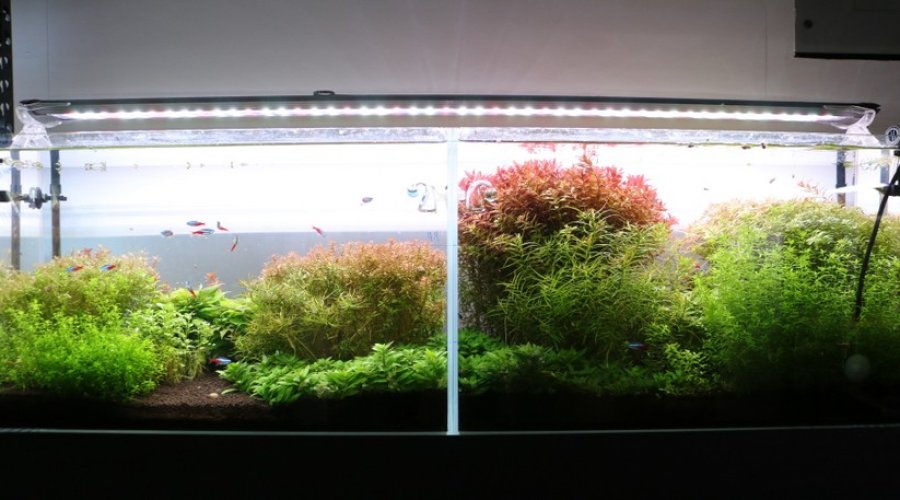 It can be argued about its validity in certain setups, but one thing that it cannot be argued is that planted tanks, in order to run efficiently and effectively need a little extra something to keep them healthy and happy. For those who do not use a pressurized CO2 setup then, you are not at fault as there are several successful planted tanks that can work fine without one, but for us serious folks, maybe it is time we learned a thing or two about CO2 and the role it plays in our tanks and lives as a whole:

Life itself is made up of a handful of naturally occurring chemical elements, Carbon being the most noted right next to oxygen and water. Carbon essential for organic organisms especially aquatic plants (for our argument), who require a steady source of Carbon in order to maintain and sustain proper growth rates and reproductive cycles.

What we know or will learn after this is that carbon is used by plants during photosynthesis in the light independent stage of the process. This is where plants form basic sugar glucose that is used further down the process to form complex sugars, fats, proteins and for the not so techies, it also goes toward respiration and energy generation. Feeding CO2 to your planted aquarium can yield amazing results.

In nature without the disturbance of any human involvement, plants have a natural growing process that uses CO2 in order to feed and grow. In nature, carbon is more widely available as free CO2 and bicarbonate (HCO3-) associated with bodies of water. Plants are able to use free CO2 easier than HCO3- ions because it requires less energy to process during conversion.

Plants grow depending on their direct connection to both CO2 and light. While plant growth rates will vary by species and setup, the correlation between the two remains the same: Plant’s NEED CO2 to survive. Will you give it to them?

Concentrations of varying plant species can typically be found along streams where there are usually high levels of CO2. What happens when water flows through underground aquifers (water pockets located beneath the surface. Rich in minerals) it picks up CO2 respirationally released by bacteria. Since there are no cracks or openings for the CO2 to escape, then it will remain in the water where plants will uptake what they need in order to grow efficiently.

Ever wonder why there are some ponds where only one plant grows? This is caused by restrictions or caps in readily available CO2, so the plant that can best utilize or better uptake nutrients will outcompete the rests of the plants, thus taking over as the dominant species in a single area. Hopefully, this makes sense as to why we introduce CO2 into our planted tank setups.

Plants that are the fittest will uptake a majority of the CO2 and other nutrients, so dosing and injections are necessary when growing varieties in a planted aquarium. The diffusion rate of CO2 in water is roughly 10,000 times slower than if it were to diffuse in the air. Knowing this, it’s safe to say that bacteria have undergone physiological adaptations in order to surpass carbon limitations:

Hmm…Can plants actually grow in a tank without CO2 injections or some other CO2 interference from the outside?

Sure, they can retrieve CO2 from your other livestock during respiration, like from fishes for example. The CO2 produced in the substrate by the bacteria is limited and not really ample in supply. So yes, plants can survive in your tank without the addition of CO2, but they will merely only survive. Not grow! Not flourish! Not thrive! Just survive and that is assuming there is balance in the tank and enough natural CO2 is produced to support the tank’s plant density.

One thing is for sure, you will not achieve any aquascaping awards for your efforts, as the results will be minimal and weak in comparison to those who have a strong injection, light, and dosing regime.

Most of the time we have no issues in providing our tanks with the proper amount of light it needs to thrive. Where most of us drop the ball is failing to dial into our CO2 properly. CO2 is considered to be the single most critical limiting parameter for out planted tanks.

Now, this next part is arguable, even amongst experts. Many believe algae comes from low CO2 levels or poor nutrient levels or some other random ass factor. Guess what if you point the finger at one solitary variable, then you are not doing your homework. Algae is formed from an imbalance in the natural nutrient cycle of your underwater ecosystem. Meaning, if one cog is missing your wheel will not turn. It does not have to be just CO2 or poor dosing, or bad wc. It is actually a fair assumption to say you have more than one limiting factor that is inducing your algae. It is not ever just one of these. You will go far to remember this.

Think we missed the mark on a certain part or want to add some value with your opinion or researched facts, feel free to contribute. We only grow together, if we learn together. Share your knowledge, so others can spread your intellectual wealth. We appreciate it!