How to Combat Every Type of Algae Part 2 of 2 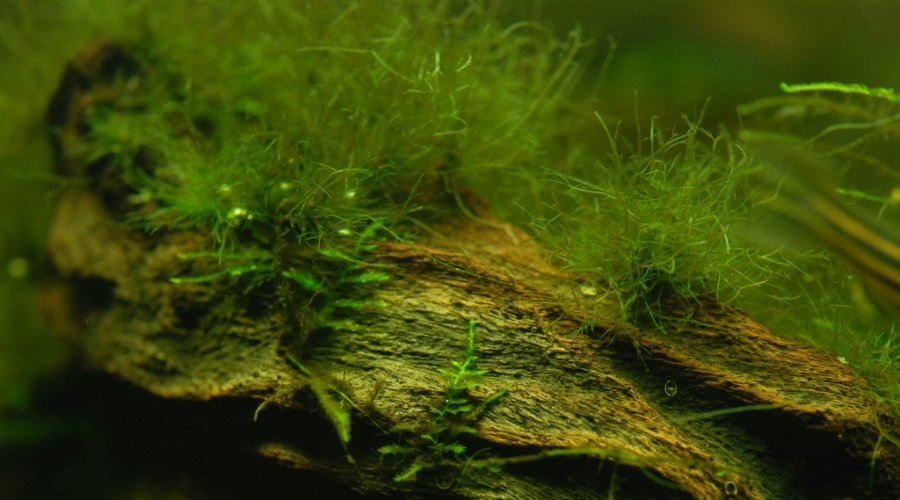 Low-light setups do not use CO2 injectors and plants rely heavily on their ability to uptake nutrients from the soil since it is the main source of food for plants in this setup. Low-lights are typically associated with a lighter maintenance load, meaning less water changes.

High-light High-tech is the more complexed and work-intensive of the three. The outcomes outweigh the extra time spent tank grooming. Tanks are pumped with CO2. Higher doses of CO2 can be administered if needed. A lot of work goes into making them, but the luxuriously amazing aquascape scenes can see make all the work seem worth it.

This is a pretty suborn algae and can become tedious when dealing with. Do not stop dosing or injecting. Make sure you have ample levels of nutrients and CO2. Manually pull out visible hair. Over time, it will eventually stop growing and die off, but implementing or overdosing with EasyCarbo, Flourish Excel, or TNC Carbon can also do the trick. In some cases, the Amano shrimp have been known to eat this species of alga.

Eww! The top of your tank looks like a sewage dump. Surace scum or film is extremely unsightly, smells bad, and indicates something is up.

Sometimes in early stages, it can appear as an oily green film that starts to develop over the water surface of your tank. It is tightly grown and when broken, can immediately grow back together. It is a major breeding ground for Neuston organisms like bacteria, hydras, protozoans, small snails, zoo-spores, and even worms.

Surface film is more of a build-up of a protein bio-film that is commonly linked to a large biomass, low water circulation, and struggling CO2 levels.

The problem has been identified, so how is it fixed? Start by using the paper towel method to soak up a nice amount of the film on the surface. This will take several attempts. Next, jack up the water circulation to disrupt the water surface. Some find it useful to implement an air stone, but a powerhead does the job just fine. Also, increase your CO2 levels to balance out your plant load and to regulate your water chemistry again. Another solution can be EasyCarbo.

Think seaweed hair. Very thin, photosynthetic, algae that become more of a nuisance the more it is ignored. Generally speaking, it is easy to best Spirogyra in a bout, but when it comes to war, this algae has master tactics.

Identified by the long unbranched filamentous strands that typically form a foamy or slimy buildup in freshwater reservoirs and tanks. The strands are long, thin, and slick to the touch. It is quick growing and can choke plants, ensnaring their leaves and stems.

While silk algae can appear in a healthy tank, it is normally caused by having lighting sources that are too intense, with small contamination, that is getting plenty of nutrients.

Water Silk is very tricky to get rid of. Mainly due to its nature to thrive under the same conditions as plants, making the battle pretty tough. This is a very hardy alga that grows extremely quick. Manually remove as much as you can visible and reasonably get to. Change lighting cycle to a 3-day blackout with no CO2 injections and making water changes daily. Once taken care of, readminister macronutrients to restore water chemistry concentrations. This type of algae has been known to appear and disappear with little indication of the cause. Puntius conchonius barbs have been known to nibble on this algae, but will not make a meal out of it.

Battling algae is no joke, and it can not only destroy your aquascape, damage your plants, and kill off livestock, but in severe cases, some types of algae will for a complete tank overhaul, making a fresh start inevitable.

Save yourself time, efforts, and painstaking attempts to just figure it out and use this guide to find out what kind of algae you are dealing with. Algae can only thrive if there is an imbalance in your tank. Treating the algae without finding the source of the problem will only lead to more problems. Take your time and do things right. Algae are extremely vital to life on Earth, but not for your planted tank or aquascape. Be prepared. Gear up. Fend algae off once and for all!